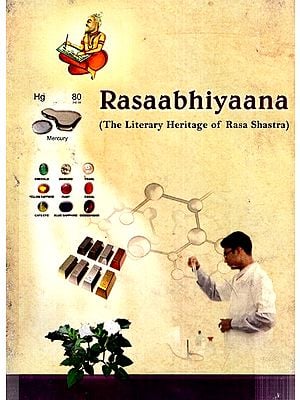 $28.00FREE Delivery
Ships in 1-3 days
Notify me when this item is available
Preface

The quest of human beings for long and healthy life has been existing, since the time immemorial. This desire culminated in the discovery of Mercury along with other minerals, metals, drugs of plant and animal origin and also the procedures to convert them into safe and potent drugs for human use. This knowledge of utilization of metals & minerals along with herbs, for therapeutic purpose is known as `Rasa-Shastra' in Ayurveda.

The literature available from the past to modern times clearly signifies that the knowledge of Rasa-Shastra was initially meant for the conversion of base metals into precious metals like Gold and Silver with the help of Mercury. This science was known as `Loha Vedha/Dhatuvaada’. Subsequently importance was given to the discovery of drugs, utilizing mercury and other metals to prevent and cure the diseases. This branch of science came to be known as `DehaVaada MehaVedha'.

The Loha Vedha, as an art and science originated and developed in India even 2000 years before Christ, and it continued to flourish upto the 3'd century AD. Subsequently, DehaVedha became a specialized offshoot of Loha Vedha. The literary records are the proof of the development of human mind; its experiences, its ideas, its truths and revolution in different fields of science including that of Rasa-Shastra. To trace out the milestones of Rasa Shastra reviews of various texts of Vedic, Samhita, Medieval, Pre and Post Independent period are helpful.

I have immense pleasure in writing this foreward to the book `Rasaabhiyaana' -The literary heritage of Rasa Shastra, written by Dr. Shobha G. Hiremath. She is presently working in the P. G. Department of Rasa Shastra & Bhaishajya kalpana, Govt Ayurveda Medical College, Bengaluru. Although, she is retired, her valuable services have been extended in the same institute by Karnataka Government. It is her precious gift to the field of Rasa Shastra. I greatly appreciate the sincere efforts she has put-in to envisage the knowledge of DEHAVADA & LOHAVADA from the dawn of Rasa Shastra till date and thereby has tried to establish the periodical developments & changes that have taken place in the field of Rasa Shastra. Altogether 44 important books have been carefully screened by her to trace out their contributions to the field of Rasa Shastra. Those screened books have beep lbw chronologically arranged from Vedic period to the current times. She has scrutinised each book to find out the details of the Author, Period, Commentaries & Commentators, Translations Editor & Edition, Publication & Publisher, Number of volumes, Salient features of each chapter, Contributions, Pitfalls etc. She has expressed her opinion about each book at the end of every chapter. Definitely, this book of hers’ should serve like a ready reckoner to ta- a Teacher & P G Scholar of Rasa Shastra, Reseanheq People of Ayurveda Pharma industry etc.

I whole heartedly congratulate Dr. Shobha G. Hiremath for her tireless & brilliant efforts for having authored this useful book. I wish success to all her future endeavours too & hope that she brings out many more books on various vistas of Rasa-Shastra & Bhaishajya-Kalpana. May lord Dhanvantari bless her & give her good health & long life. 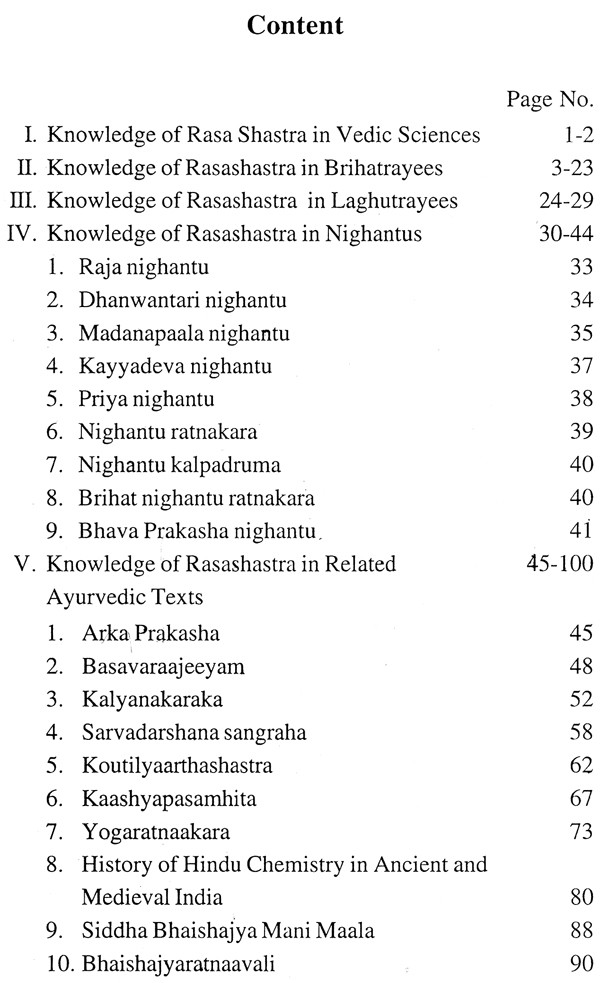 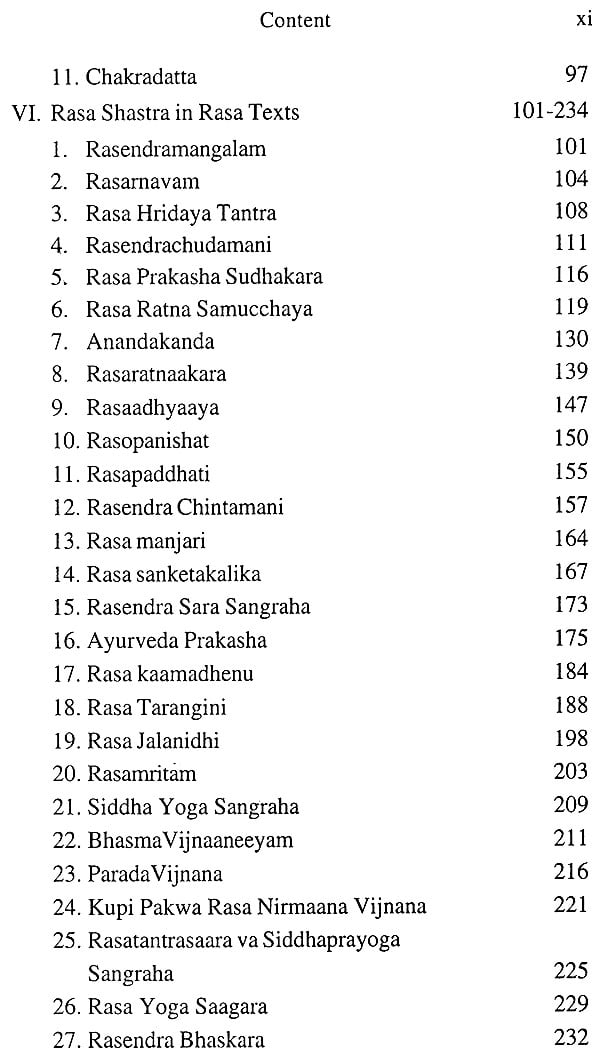 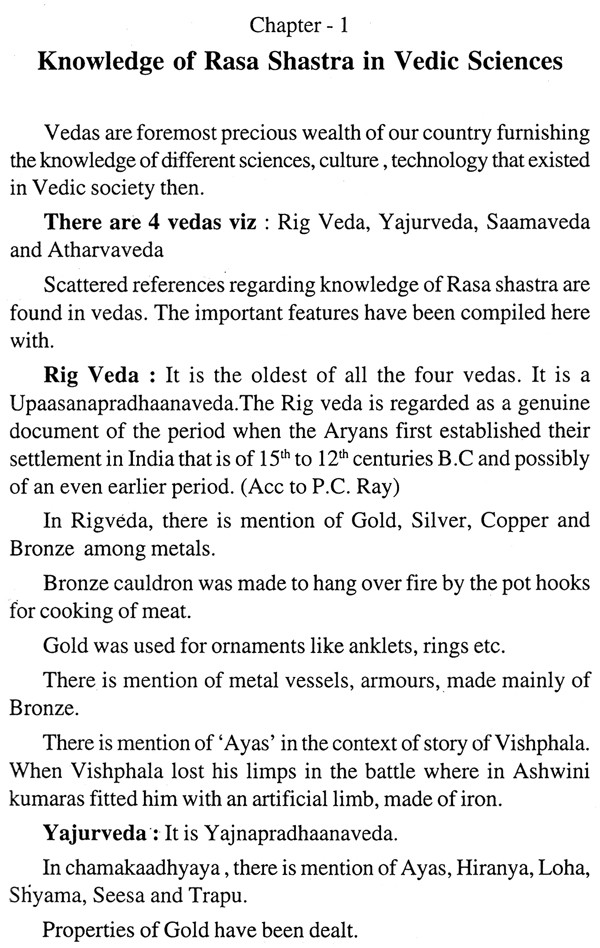 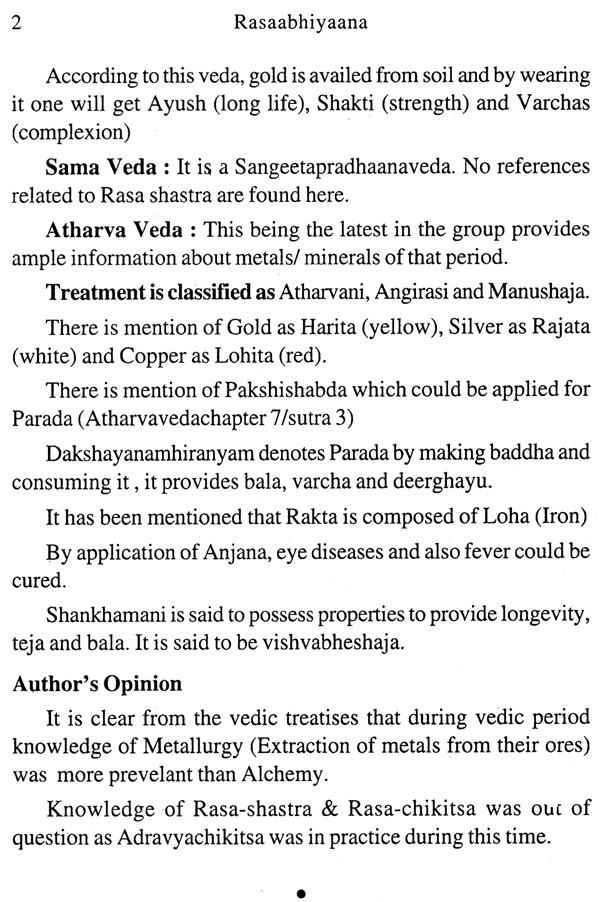 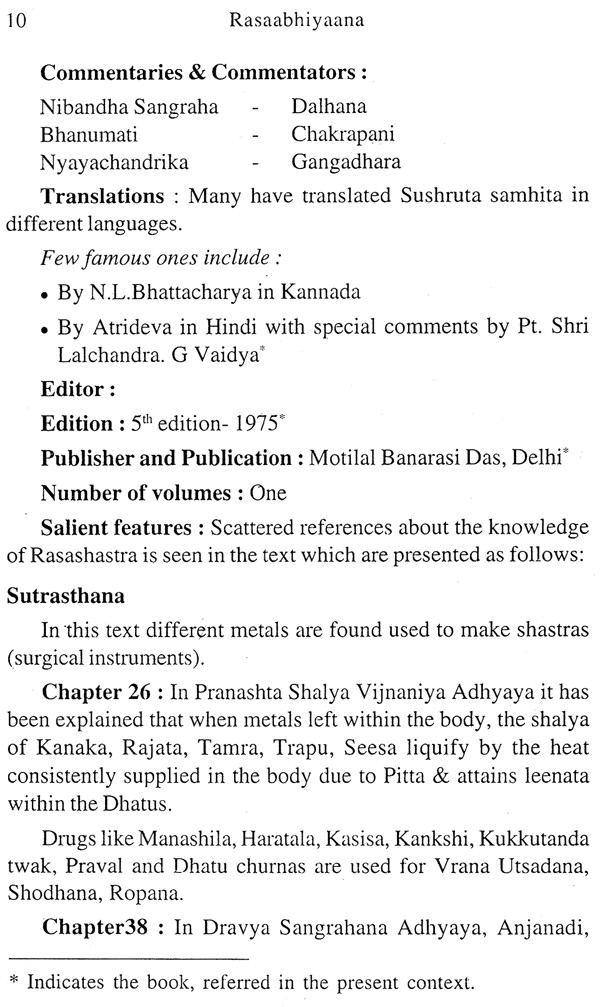 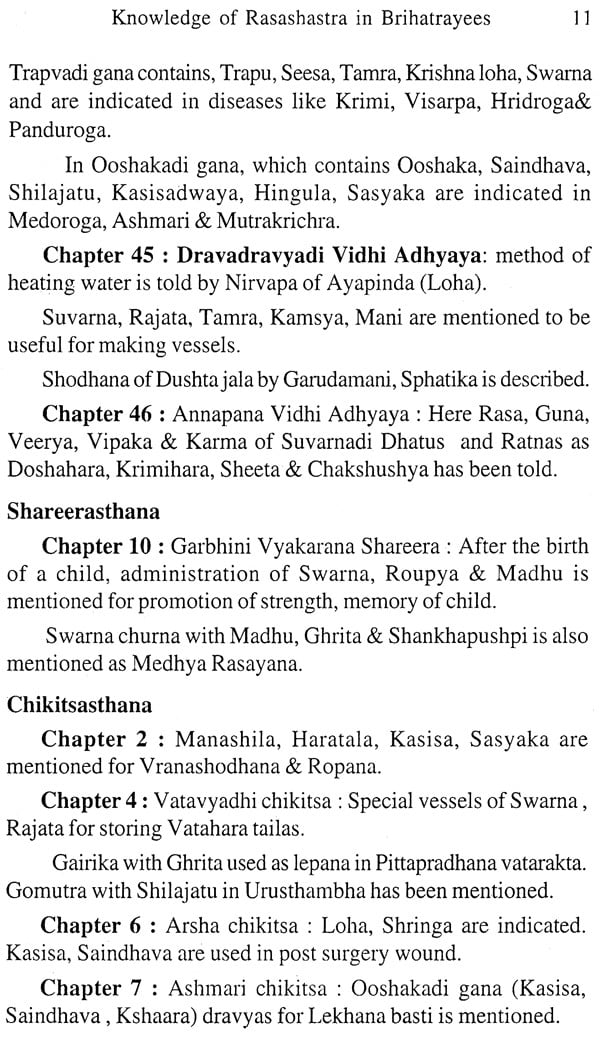 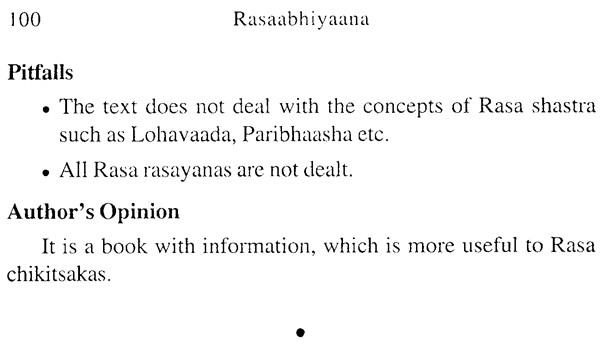 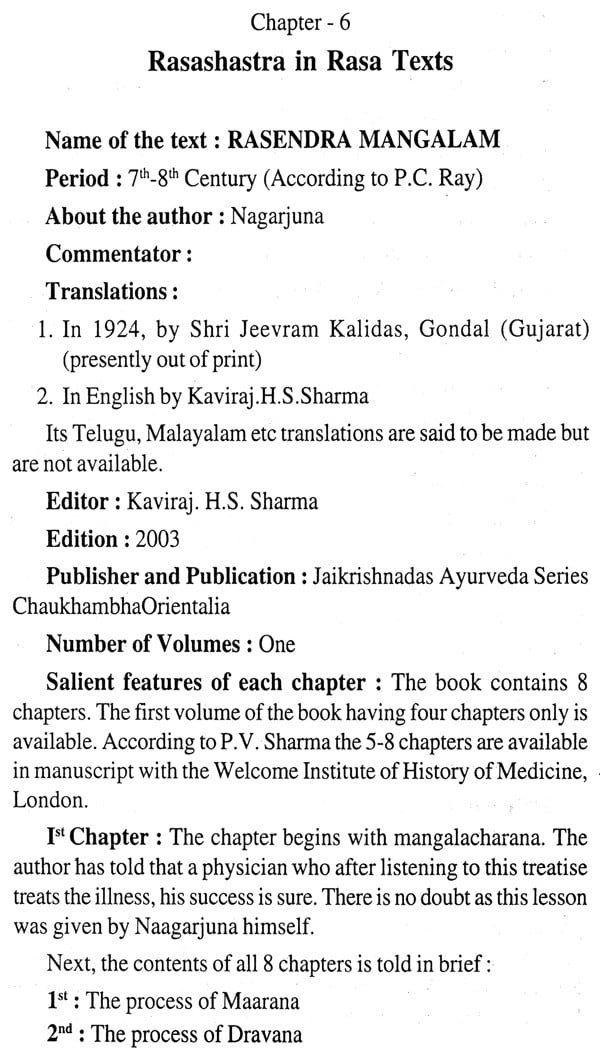 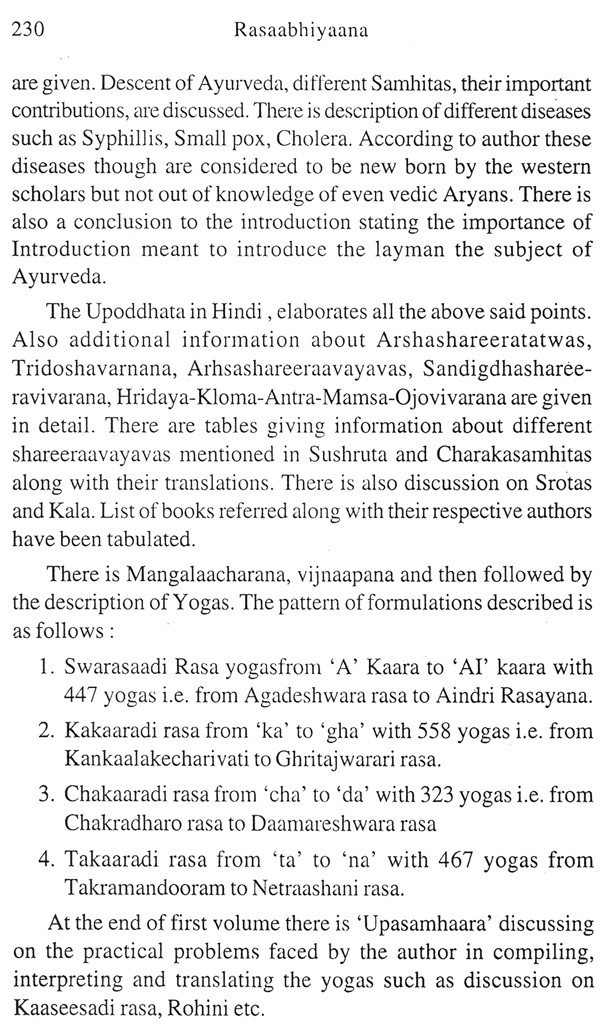 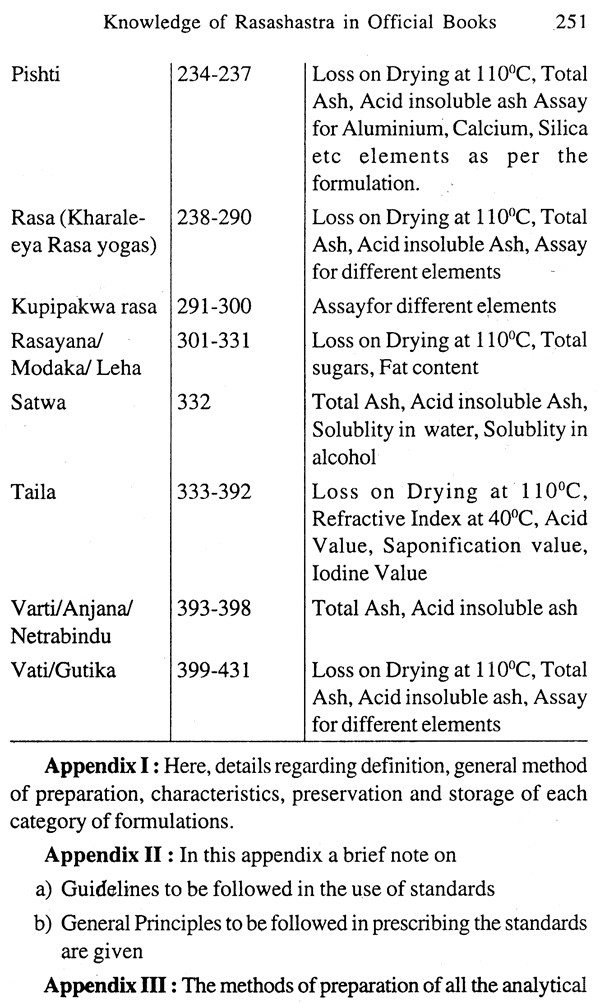